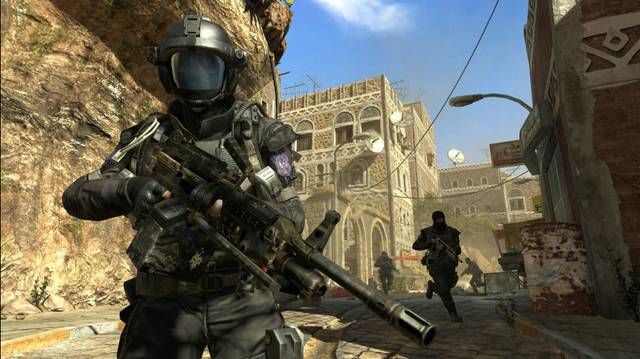 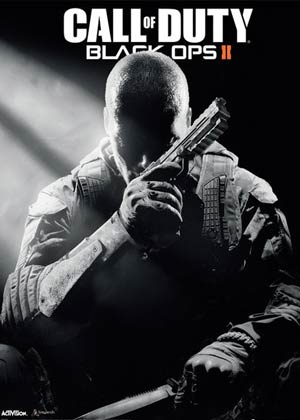 Improved loadtimes when using AMD hardware
Fix for issues when binding mousewheel to fire
Using arrow keys to adjust Mouse sensitivity will increment the value by .01
Fix for some instances of “Error quit was not requested in the main thread”
Fix for issues with 16:10 displays
Fix for TXAA not disabling when an unsupported card is detected
Improvements to ambient occlusion
Increased Friends list limit to 300
Joinable friends now sort to the top of the friends list
Users now have the ability to unlink youtube accounts.
Added SFX to sliders in options menu
Fix for knife lunge not working when a gamepad is connected
Improved film rendering stability and made progression bar more accurate while rendering a film.
Improved audio/rumble responsiveness when hitting enemies with gunfire.
Fix for issues with changing the gamepad Button Layout in theater
Fix for Party host receiving infinite “Reconnecting to Party” message when clicking on “Bring Party” in a post-match lobby.

Campaign Changes:
Fix for crash that could occur during credits
Fix for freeze when unlocking Death From Above achievement

Multiplayer Changes:
Matchmaking improvements
Added Hardcore Kill Confirmed playlist to the Hardcore category
Game now resets the Care Package for a non-owner if the owner re-rolls the package using the Engineer perk.
Fix for incorrectly being able to purchase an 11th Create a Class slot
Collision and clipping fixes on all maps
Fixed a number of new UI error messages reported by users.
Improved CoDTV sort filters for browsing content
Players can now render films in addition to clips
Removed incorrect SFX for placing from party games
Fixes for issues with codtv images not loading in
Bots no longer count towards the party size limit in Custom Games
Added the ability to “View League Teams” from any player’s Playercard.
Added the ability to “View Playercard” from League solo leaderboards.
Map exploit fixes in Meltdown
Fixes for errors on Express when the train arrives
“Drop Shot” medal is no longer awarded after standing back up.
Fix for escort drone cuing incorrect audio
Added voice chat volume controls
CoDTV video playback improvemnts
Fixes for out of sync audio issues in rendered videos
Fixes for rendered clips showing the wrong length on youtube
Fixes with “Hacked” items not targeting the correct team
Shadows seen through sniper scopes now render more correctly.
Fix for Hijacked minimap displaying incorrectly
Fix for some equipment not being destructible by Friendly Fire in Hardcore mode
Fix for final killcams not displaying properly if it is an “Assisted Suicide” kill.
Fix for Bomb Defuser Challenge not progressing properly
Fix for Hero Medal not appearing in game at the correct time.
Fix for XP bar in League Play not displaying correctly
Fix for teams being kicked from league play when matched against a previously played team
Fix for crash when getting disconnected while viewing the like/dislike menu of a screenshot
Fix for partial loss of functionality when theater is started while a party member is in emblem editor
Fix for Arch Nemesis challenge unlocking incorrectly
Addressed issues which prevented some master challenges from being completed.
Fix for friends list showing the wrong rank icon for players
Fix for Escort Drones spawning under the map
Added a fail-safe to prevent spawn trapping in CTF.
Fix for floating corpse models on some maps
Players can now copy a custom class to the extra prestige slot.
Improved overall communication of Double XP when enabled.
AAR better communicates how much XP was earned in each match.
Fix for issues with having Assault Shield and no secondary weapon
Thermal vision overlay no longer appears using the VTOL glitch.
Fix for players not being able to capture their own Care Packages when using the Black Hat PDA in FFA
Fix for Camera Marker slide bar not functioning correctly
EMP grenades no longer affect the CODcaster HUD.
Fix for SFX that plays when player gets in the top 3 in FFA
Increased sight checks on turrets to improve spawning algorithms.
Multi-team games no longer count as a tie if an entire team quits.
Players with Black Hat PDA can no longer hack a Care Package faster than the owner can capture it.
Addressed a number of issues that would cause friendly/enemy color indicators on equipment and scorestreaks to display as the wrong team.
Precision challenge “Wet Work” will now unlock with 10 kills.
The wins challenge will now account for all FFA modes when ending a match with a tie (if you are in the top 3).
Players that help with the “Synchronized Attack” challenge now get credit for it.
Players will not be able to manually take control of their AGR if they die at the exact moment that their AGR deploys.
Players using Ghost will no longer be invisible at all times in Custom Games with the mini-map option set to “constant”.
Players using Ghost and a Suppressor attachment will no longer appear on the enemy’s minimap while shooting and moving while a UAV is up.
The median for the K/D graph in the AAR is set to 1.0 instead of 0.0.
Players can no longer get on top of the shrubs in Nuketown 2025.
Kills from the explosion on the explosive crossbow bolt now count towards challenges.
Clan tag is no longer locked immediately after prestige.
Fixed an area in Express where K9 Unit dogs could get stuck.
Party Privacy count no longer affects how many bots will spawn in Combat Training.
Players can no longer stand on invisible collision in Carrier.

MP Gameplay Balancing: The following is a list of numerous gameplay balancing tweaks that were made after thorough review of statistical data from player usage of weapons, equipment, perks and scorestreaks since launch.

Zombies Changes:
Fix for Reviving text remains on screen during scoreboard after game ends
Fix for Mystery Box beacon disappearing after host migration
Fixes for players getting inside of or clipping into objects in all ZM maps
Improved zombie AI pathing in all maps
Fixes for players falling outside of the map for all maps
Players will now take damage while holding buildable parts
Fixes for issues obtaining the Jet Gun
Removed debug text that sometimes appears after host migration
“You Have No Power Over Me” achievement is now awarded at the correct time
Fix for infinite loading screen when uploading short clips
Fix for errors that may occur when viewing long clips
Fixes for Green flashes appearing when exiting Nuketown Zombies
Dead players can now text chat with living players
Added voice chat volume controls
Fix for players having unbreakable zombie shield
Fix for issues with multiple players buying the same door
Fix for incorrect character audio while holding breath with sniper scopes
Fix for rare issue with players getting stuck in custom game lobby
Fix for players getting permanent perks
Fix for persistent upgrades never going away.
Fix for players not dying when falling from extreme distances after purchasing juggernog in survival modes